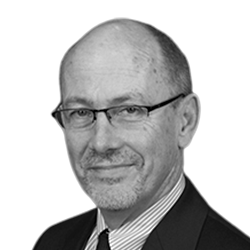 In this role, McKay applied lean philosophy to develop a well factory assembly line, from the initial scoping of wells through drilling and hydraulic fracturing to the final handover to production.

Prior to joining Hess, McKay spent 13 years at Aera Energy LLC with the company’s Belridge asset as Vice President of Operations, Engineering Manager, and Development Manager. He was responsible for building the capabilities of the asset’s leadership and employees, and applying lean operating principles at all levels of the organization to reduce waste and improve productivity. Early in his career, he spent 16 years in various production and operations roles with Mobil Oil Corporation in Oklahoma and California.

McKay holds a bachelor’s degree in Mechanical Engineering from University of Colorado, Denver.