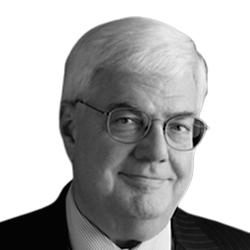 Mr. Carter is currently Chairman of Schnitzer Steel Industries, Inc.; he was previously President and Chief Executive Officer from May 2005 through December 2008, and Executive Chairman until December 2012. He is currently a director of Northwest Natural Gas Company, FLIR Systems, Inc., and JELD-WEN, Inc.

Between 1982 and 2002, Mr. Carter served in a variety of capacities at Bechtel Group, Inc., including: General Counsel, Executive Vice President and Director, and President of Bechtel Enterprises, Inc., (Bechtel’s finance and development company). In addition, he served as President of other Bechtel operating companies, both foreign and domestic. His duties included a lead role for Bechtel in the organizational and financial restructuring of the Channel Tunnel Rail Link in the United Kingdom, as well as managing the execution of other power, petroleum and civil projects for the company. Previously, he served as president of Bechtel’s North American region and government companies, as well as a director of U.S. Generating Company and other Bechtel Group and Bechtel Enterprises ventures. During his tenure as president of Bechtel Enterprises, Mr. Carter was responsible for the growth and eventual sale of U.S. Generating Company to Pacific Gas & Electric, the purchase of J. Makowski Company (an independent power developer), the creation of International Generating Company, its purchase from Pacific Gas & Electric, and later its partial sale to Royal Dutch Shell. Bechtel Enterprises also solely developed and financed several major independent power stations around the world. Bechtel Enterprises started other joint companies during Mr. Carter’s presidency, including International Water Ltd., United Infrastructure Company, BCN Data Systems, EnergyWorks, Genuity, an airport development company, and other companies involved in the finance and development of energy, transportation, and telecommunications/data businesses. In the United Kingdom, he served as a director of London & Continental Railways until February 2006 and, until December 2005, he served as a director of Cross London Rail Links. He has served in various advisory roles, including consultant to the U.K. Director General for Railways, Aviation, Logistics, Maritime and Security Groups in the U.K. Department for Transport and (until recently) with the privatization advisory group in Holland sponsored by the Dutch Treasury.

After his retirement from Bechtel Group, Inc. between year-end 2002 through May 2005, Mr. Carter was engaged in a consulting practice focused primarily on strategic planning for transportation and energy initiatives across national and international businesses.

Prior to his tenure at Bechtel, Mr. Carter was a partner in the San Francisco based law firm of Thelen, Marrin, Johnson & Bridges. Mr. Carter is a graduate of Stanford University and Harvard Law School.