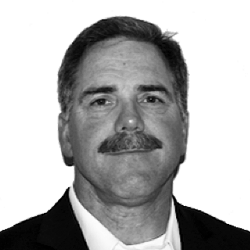 Kevin Blackwell is a Training Excellence and Readiness Officer at Naval Special Warfare Basic Training Command, overseeing training program efficiencies for our future premier maritime warriors in the SEAL and SWCC communities. During his 30 year career as a Navy SEAL, Kevin saw assignments to multiple SEAL commands and SEAL training commands on both east and west coast and as a veteran of both wars in Afghanistan and Iraq. After retiring from the military in 2012, Kevin earned his Project Management Professional Scrum Master Certifications in 2015 while working in defense industry.

After leaving the Navy, Kevin was hired by Metris Global in 2014 as the Training Director for contracted support to DoD’s Combating Terrorism Technical Support Office project to develop and train special technical and tactical reconnaissance techniques in a maritime environment for Naval Special Warfare. He stayed with that position until 2017 where he then hired on at Strategic Project Solutions (SPS) as an Implementation Specialist in Project Production Control (PPC) for major capital construction projects around the globe. It was there that Kevin adopted the science behind PPC, which he utilizes in his current position to optimize training programs to ensure consistent production of elite maritime operators for the US Navy.