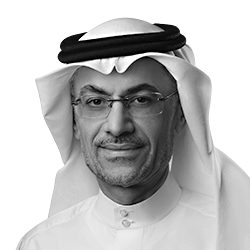 Mazen Matar serves as member of the Board of Directors and Managing Director of Arab Shipbuilding and Repair Yard Co. (ASRY) in Bahrain. ASRY is a leading international ship & rig repair/building/fabrication facility in the Middle East and Mazen leads the restructuring and modernization process of ASRY’s development and growth. He also oversees the transformation of its shareholding to NOGA Holding to regain financial stability of the Yard, which in turn contributes to the Kingdom’s economy. Mazen also serves as the Chairman of Bahrain LNG and in this role he led the completion and commissioning of the USD 1B LNG import terminal.

Prior to joining the National Oil and Gas Authority in 2018, Mazen was the President of AECOM Arabia from 2010 to 2017, a $20 billion, fully integrated infrastructure and support services US firm which was established in Saudi Arabia in 1976. AECOM provides the ability to design, build, finance and operate infrastructure assets globally. In this role, Mazen was responsible for direct planning and project delivery and management of AECOM’s operations in Saudi Arabia, focusing on strong project performance and ensuring an environment of world-class project delivery and project managers committed to excellence. While Mazen was president, AECOM delivered some of the largest multi-billion projects in the Kingdom such as Jeddah Storm Water, Jezan Economic City, Riyadh Airport, Jeddah Metro and King Abdulla School Program.

Prior to joining AECOM, Mazen was with Xenel Industries Limited as Business Development Director – Services Group and later as Project Executive Director for the Red Sea Gateway Terminal Project, one of the fastest delivered and growing container terminals in the region. Additionally, he served as a member of AECOM Arabia’s Board of Directors from 2005 to 2010. Prior to that, Mazen worked in Bahrain with the Economic Development Board as Head of Industrial Program and Director of Global Relationship Management and also at Arthur Andersen as Assurance and Business Advisory Manager.

Mazen holds a master’s degree from Lancaster University, UK in Project Management and a Bachelors Degree from Tulsa University in Chemical Engineering.