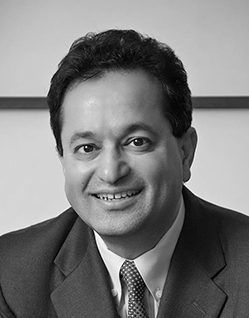 Ram is a senior executive with 24 years of experience in the global oil & gas industry, primarily in technology management. In his role as Chief Technology Officer of ConocoPhillips between 2012-2015, he led an internal effort to pursue understanding of the theory and principles of Project Production Management with emphasis on how this operations science based approach could impact project performance. Ram has given voice to the need for change from current practices to a new era of project delivery, particularly in light of volatile market conditions.

Prior to ConocoPhillips, he was Vice President of research for Schlumberger Limited, he was responsible for all Schlumberger’s corporate scientific research laboratories. Previously, he held a series of marketing and technology management positions, including Managing Director of Schlumberger-Doll Research Boston, as well as Director and Technology Center Manager of Schlumberger K.K. overseeing all activities related to Engineering, Manufacturing and Sustaining of Schlumberger’s R&D center located in Tokyo, Japan.

Ram earned his B.A. and M.A. in Electrical Sciences from Cambridge University UK in 1986, a Ph.D. in Electrical Engineering from Cornell University, NY in 1991 and an MBA from the Stern School of Business, New York University in 2000.