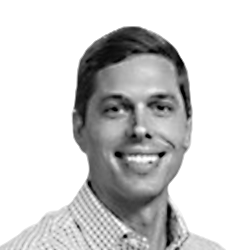 Will is the Director of Manufacturing for Clark Pacific’s Parking & Emerging Markets Divisions. In this role, he brings over 12 years’ experience in complex program management, supply chain development, cross-functional team leadership, and global manufacturing. Over the past two and a half years with Clark Pacific, Will has brought his outside experiences to help deliver projects requiring integrated prefabricated solutions.

Prior to joining Clark Pacific, Will worked as an operations leader at Amazon Lab126, an investment banking associate at Lazard, and as an Engineer Officer in the U.S. Army. During his five-year career with the U.S. Army Corps of Engineers, he led a platoon of 30 soldiers at an outpost on the border of Iraq and Iran, conducting over 100 missions to increase the competence of the Iraqi Army and Department of Border Enforcement. Later, at Amazon Lab126, he led multiple operations teams to help design, develop, and manufacture consumer electronic devices.

Will earned a Master’s Degree in Business Administration from the Haas School of Business at the University of California at Berkeley and a Bachelor of Science in Engineering Management from the United States Military Academy at West Point.