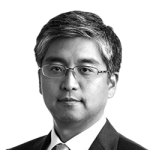 In the previous edition of the Journal, we featured a tutorial article on Little’s Law, which is a fundamental relationship between Throughput (TH), Cycle Time (CT) and Work-In-Process (WIP). These core variables are found in all production systems, including those that are contained within capital projects. A naïve interpretation of Little’s Law frequently leads those new to operations science to infer that one need only increase WIP to arbitrarily high levels in order to increase throughput to whatever target level is desired. While Little’s Law is generally true under very broad assumptions, it cannot automatically be treated as if independently selecting and altering any two of the variables (Throughput, WIP and Cycle Time) will set the third variable at a desired target. Real production systems always have other physical constraints that place upper limits on Throughput and lower limits on Cycle Time. Using some simple examples, we will explain how physical constraints manifest themselves in limiting the range of feasible values that Throughput, Cycle Time and WIP can achieve. We will also discuss the important concept of Critical WIP, the minimum WIP level necessary to achieve the maximum Throughput in a production system, wherein there is no variability. We then conclude with a qualitative discussion about how variability affects system performance, as well as its effect on the optimum level of WIP needed to achieve desirable Throughput and Cycle Time performance.

The Project Production Institute regularly conducts introductory seminars to explain the concepts underlying Project Production Management (PPM), including the fundamental principles of operations science, as articulated by Institute partner Factory Physics. Occasionally, the Institute co-hosts seminars with Factory Physics, and it is eye-opening to see how wide the variation in understanding and intuition is regarding predicting the behavior of a production system; the results are frequently varied and incorrect.

Figure 1: What are the relationships among Throughput, Cycle Time and WIP?

Surprisingly, we receive all sorts of answers, some showing relationships that are the opposite of correct relationships. This variation in understanding and intuition helps explain why we often see people working on the wrong problems, or trying to implement the wrong solutions in their attempts to solve the right problems.

It is therefore critical to fully understand these relationships, which leads us to the purpose of this technical tutorial.

Using a simple example, we will examine the following relationships using Little’s Law [1-3]:

In Institute seminars, participants sometimes suggest that Little’s Law implies that Throughput can be made arbitrarily large, simply by increasing the Work-In-Process:

This is sometimes used as justification for the common practice in project management of accumulating large amounts of inventory in a project with the belief that “having all the materials available throughout the production system ensures optimum project execution with minimum schedule.” Multiple project performance surveys demonstrate that such a belief is not actually supported by the project outcomes achieved. Little’s Law does indeed constrain the three variables (TH, WIP and CT) under very general conditions. However, in any real production system, TH and CT usually have other physical constraints that place upper limits on the values TH can have, and lower limits on the values CT can have.

The example shown in Figure 2 below illustrates why this must be true. Note: this example is based on earlier material (the Penny Fab) produced by our partners at Factory Physics, albeit slightly modified, [1, pp 232 – 255].

Figure 2 illustrates a generic production system. For the sake of concreteness, let’s suppose this is a description of the steps involved in drilling a well and tying it into pipeline infrastructure to produce oil and gas. The high-level sequence of steps is:

Also, for the sake of simplicity, we’ll assume there’s absolutely no variability in the system. Each step takes a predictably constant processing time and there are no delays anywhere in the system. Let’s also suppose each operation takes 10 days, i.e. each individual step has its own cycle time of 10 days. Then, assuming there is no waiting time in between any of the steps, the total Cycle Time (CT) is 40 days, which represents the total time a well resides within the entire process from start (securing the permits) to finish (producing well is connected to pipeline). Each step therefore has its own individual throughput of processing one well every 10 days or 0.1 wells/ per day. And if a well is handed off from one step to the succeeding step without any delay, then it’s easy to see that the Throughput of the entire system is also 0.1 wells/per day, or 1 well every 10 days. That is, after initial startup, with the very first well taking 40 days to appear, the subsequent wells will come online at the rate of 1 every 10 days. The Throughput (TH) of the entire production system is therefore 0.1 wells/ day.

It now follows from Little’s Law that the total WIP in the system is TH*CT = 0.1 * 40 = 4 wells. It is not surprising, as it’s quite clear from our initial assumptions, that there is a well being worked on at each of the 4 steps in the well production system in Figure 2.

Can one increase the overall Throughput (TH) by increasing WIP? Any production system is simply the aggregation of individual operations, perhaps arranged sequentially in a line or routing, or perhaps a parallel arrangement of multiple lines, or perhaps an even more complex network. Looking at any of the individual steps involved shows the reader why this can’t be the case.

For any individual operation, it is easy to see that there will generally be an upper limit on the throughput of that individual step and a lower limit on its individual cycle time. For instance, in our example, one might conceivably get the team in Step 1 to be simultaneously securing the permits for more than one well at a time. One might also be able to expedite the processing of permits to reduce the overall time needed to get a permit. However, one will never be able to get the cycle time to zero, nor will one be able to get the number of wells being permitted to be arbitrarily high. There will be some physical or procedural limit – perhaps the state will not permit more than 50 wells at any one time because of hard constraints on their capacity or perhaps no permit can be executed in faster than 24 hours. Similarly, there will always be a finite upper limit of one on the number of wells that can be drilled simultaneously, until someone develops a rig that can drill multiple wells simultaneously. And it is also true that because there is a lower limit on the cycle time for drilling, it too won’t come arbitrarily close to zero.

Within the overall production system, there will always be an individual step or steps limiting the overall throughput. This is the bottleneck, constraining overall system performance. Increasing WIP arbitrarily will not overcome the limiting of throughput imposed by the bottleneck.

Table 1: Values of Throughput TH, WIP and Cycle Time CT for the system in Figure 2

We can now produce the graphs in Figure 1 from the tabulated data in Table 1 to produce Figure 3:

Figure 3: Plots of Relationships among TH, CT and WIP

Our example system in Figure 2 is very simple – there is no variability and the numbers have been chosen for ease of illustration. But despite these gross simplifications, it still illustrates some very general and foundational principles. The system in Figure 2 is also sufficiently generic – the tasks could be the activities in a variety of different projects. For instance, the operations labeled 1 through 4 in Figure 2 could be engineering, fabrication, delivery and site construction – the basic elements of a construction project. And while the sample values of throughput and cycle time for the individual steps were artificially kept the same for simplicity of calculation, they need not be. One could generate the equivalent of Table 1 and Figure 3 with a different set of numbers, albeit with a bit more arithmetic. The system, even one which is more complex than the sequence of 4 steps we considered, would exhibit the same general characteristics: there would be a bottleneck rate, there would be a critical WIP level and there would be a raw processing time, all deterministically obtained in the absence of variability.

Even in the absence of variability, our example illustrates some fundamental considerations in production system design and management in projects. Greater WIP than necessary results in more capital tied up without return and a decreased ability to take advantage of technological advancements or regulatory changes. Therefore, a system will always perform better if the desired throughput can be achieved using smaller WIP and smaller CT.

The Impact of Variability on Production System Performance

Unfortunately, the type of performance illustrated in Figure 3 is unattainable in the real world due to variability in the flow of work (how often work is provided to a production unit – a single step or operation in the production system) and variability in the process (how long it takes to complete / process a unit of work). Much of the variability that we deal with each day can be categorized by whether it affects the flow or the process, or both.

What is the effect of variability on Figure 3? We’re not quite ready to be that quantitative, but we can have a qualitative discussion, referring to some other examples illustrated in Figure 4 below that show the results of simulating a production system with and without variability.

Figure 4: The Impact of Variability (Source: Factory Physics for Managers)

If you were to put the relationships between WIP, CT and TH together, it is very easy to see that as WIP increases more and more beyond CWIP, the increase in TH becomes minimal but CT increases tremendously. This can be translated to more capital tied up and more delays in the delivery of projects. Understanding these relationships allows us to identify the need to reduce variability and choose carefully how much WIP to carry in any production system.

We have discussed how variability degrades production system performance, causing longer cycle times and resulting in either less TH or higher WIP. In the next tutorial article for this series, we will take a closer look at the quantitative impact of variability on cycle time, throughput and utilization.

H. J. James Choo is Chief Technical Officer of Strategic Project Solutions, Inc. and has been leading research and development of SPS knowledge, processes and systems to support implementation of SPS offerings since 2001.

Prior to joining SPS, his experience included roles as a construction site engineer, research associate at research institutes, teaching assistant at universities and software developer. He has also been developing computer systems for implementation of Lean Construction since 1997 during his PhD studies at UC Berkeley.

Choo earned a Master’s Degree in Civil Engineering from Yonsei University, Korea, and a PhD in Construction Engineering & Management from the Civil and Environmental Engineering Department of University of California at Berkeley.