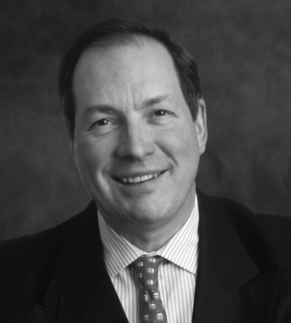 The Project Production Institute (PPI) is pleased to announce the appointment of Robert Dove to the Advisory Board. As a Senior Advisor with the Carlyle Group in Washington, D.C. , Mr. Dove brings his highly relevant expertise in the funding and risk assessment processes for major capital investments in infrastructure.

Prior to his retirement in December 2016, Mr. Dove was the head of Carlyle infrastructure fund- a $1.2 billion fund raised to invest in transportation, energy and water projects in North America.  The fund’s investments include three regulated water utilities, an intermodal rail terminal business, a fleet of school buses, eleven power plants and a public private partnership with the State of Connecticut to renovate and in some cases rebuild 24 highway rest stops across the State.

Mr. Dove speaks regularly at conferences and has testified at Congressional hearings on the opportunities for private sector investment in US infrastructure projects.

Prior to joining Carlyle, Mr. Dove was an executive at Bechtel Enterprises, the financing development and investment arm of Bechtel, a global engineering and construction company. At Bechtel Enterprises, Mr. Dove served as Director of several infrastructure joint venture companies including: Alterra, a joint venture with Changi (Singapore) that owned and operated airport concessions, International Water, a joint venture with Edison (Italy) that owned water concessions and Tube Lines Holdings, and a joint venture with Ferrovial (Spain) a public private partnership set up by the UK government to provide capital as well as operational and maintenance services to three of the London Underground lines. Mr. Dove began his career in banking.

PPI works to increase the value Engineering and Construction provides to the economy and society. PPI researches and disseminates knowledge related to the application of Project Production Management and technology for the optimization of complex and critical energy, industrial and civil infrastructure projects.