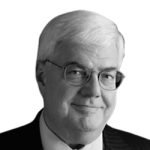 In the United States, one of the few areas of political confluence appears to be around the need to address the country’s crumbling infrastructure. As priorities in governmental spending have shifted toward social objectives, investment in infrastructure over the past several decades has been woefully inadequate, not only in terms of expansion to keep pace with the needs of society, but also in terms of basic asset maintenance. While the construction industry should welcome this new focus on infrastructure investment, it must also deliver value for that investment as a clear priority, given the sheer scale of funding contemplated. Their recent track record for meeting project objectives is unacceptable.

With the stakes so high, and project performance at a historic low, it is imperative that the approach to the design and delivery of infrastructure change radically. How projects are delivered is as critical as the mechanism by which they are funded. Application of a robust Project Production Management (PPM) framework to the overall design and delivery process for infrastructure projects in the U.S. provides the means to ensure desired project outcomes and not result in “more of the same.”

If the industry’s track record is any indication, we need a different approach to ensure successful outcomes that are on time, on budget, every time.

Much has been written about the failure of the construction industry to advance its productivity performance in the last half century, whether in the U.S. or worldwide. A variety of factors are cited as reasons for this, mainly focused on the fragmented nature of the industry itself, the lack of adoption of information technology advances and the general nature of the relationships between owners and contractors [1]. Though many articles provide insight into the problems, speaking from my perspective as a former president of Bechtel Enterprises (a large construction services provider), the solutions typically offered are difficult to deliver due to four primary foundations that govern the construction industry (especially on large-scale projects):

All these considerations combine to impede effective adoption of digital technologies and modern procurement techniques. Below are six main factors hindering the construction industry’s ability to effectively deliver projects:

Given the obstacles, what are the chances for significant and transformative productivity improvements in the industry? To be sure, the opportunities are legion. A few options include:

The construction industry has an opportunity to significantly benefit from the meaningful infrastructure investment that appears to be in the political offing. Much of that opportunity will involve public financing, or a combination of public and private financing. The public will clearly benefit from improving productivity in project delivery, and the industry must not pass up the opportunity to provide that benefit. There is a different way, but this will only be enabled by embracing change in the current contractual and project management model by applying advances in technologies and effective implementation of PPM to project delivery.

John Carter is Chairman of Schnitzer Steel Industries, Inc. He was previously President and Chief Executive Officer from May 2005 through December 2008, and Executive Chairman until December 2012. He is also currently a director of Northwest Natural Gas Company and FLIR Systems, Inc.

Between 1982 and 2002, Carter served in a variety of capacities at Bechtel Group, Inc., including: General Counsel, Executive Vice President and Director, and President of Bechtel Enterprises, Inc., (Bechtel’s finance and development company). In addition, he served as President of other Bechtel operating companies, both foreign and domestic. His duties included a lead role for Bechtel in the organizational and financial restructuring of the Channel Tunnel Rail Link in the United Kingdom, as well as managing the execution of other power, petroleum and civil projects for the company.

During his tenure as president of Bechtel Enterprises, Carter was responsible for the growth and eventual sale of U.S. Generating Company to Pacific Gas & Electric, the purchase of J. Makowski Company (an independent power developer), the creation of International Generating Company, its purchase from Pacific Gas & Electric, and later its partial sale to Royal Dutch Shell. Bechtel Enterprises started other joint companies during Carter’s presidency, including International Water Ltd., United Infrastructure Company, BCN Data Systems, EnergyWorks, Genuity, an airport development company and other companies involved in the finance and development of energy, transportation and telecommunications/data businesses. In the United Kingdom, he served as a director of London & Continental Railways and a director of Cross London Rail Links. He has served in various advisory roles, including consultant to the UK Director General for Railways, Aviation, Logistics, Maritime and Security Groups in the UK Department for Transport and with the privatization advisory group in Holland sponsored by the Dutch Treasury.

After his retirement from Bechtel Group, Inc., Carter was engaged in a consulting practice between 2002 through May 2005, focused primarily on strategic planning for transportation and energy initiatives across national and international businesses.

Prior to his tenure at Bechtel, Carter was a partner in the San Francisco based law firm of Thelen, Marrin, Johnson & Bridges. Carter is a graduate of Stanford University and Harvard Law School.