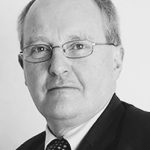 In the first three months of 2017, three important reports were published on the future of the construction industry and the delivery of new infrastructure [1 – 3]. These reports highlight the distinct challenges we face in developing our economic and social infrastructure, and the woeful performance of the global construction industry over the past twenty years. They go on to make similar recommendations for reform.

These assessments by some of the world’s most respected organizations raise questions as to why the suggested reforms have not yet been implemented. If, as McKinsey suggests, “action in seven areas can boost sector productivity by 50-60%,” [2] why is there no sign of infrastructure owners and their contractors making these changes? Why haven’t these companies already followed the lead of manufacturers and retailers by using modern production methods and digital technologies to transform their businesses?

An answer to these questions can be found in a recent book by MIT academics Erik Brynjolfsson and Andrew McAfee [4]. Drawing on examples from previous industrial transformations, they argue that it is not the new technologies that drive radical changes in the way we do things, but the new business models that the technologies enable. This process can take many years as companies work to integrate the new technologies, as well as adapt their existing assets and processes to the new business models. However, once the changes have been implemented, they usually lead to dramatic improvements in productivity.

In the age of steam power, most factories were compact multi-storied buildings because their layouts were constrained by the belts and drive shafts used to transmit the power from the central steam engines to the machines. When electrical power became available in the late nineteenth century, many factory owners just replaced their steam engines with large electric motors. It took another twenty years for them to develop new single-storied factories to take advantage of the ease in which electricity can be distributed.  When that happened, productivity more than doubled, as new and more efficient production methods were introduced.

In the UK, the infrastructure and construction sectors are in the early stages of transformation. Owners are beginning to use digital technologies to engage with their customers and improve the operation and maintenance of their assets. Encouraged by the government, consultants and contractors have invested in BIM. But, similar to the nineteenth century factory owners, they have usually dropped their new BIM systems into their existing design processes rather than using them to change the way they design and construct their projects. Several European companies, including Anglian Water, GSK and Swiss Rail (SBB) have pioneered new ways of engaging with their suppliers and delivering their infrastructure. However, these approaches have not yet been consolidated into an accepted new business model.

There is little doubt that we are poised for radical changes in the way we deliver our infrastructure. No modern industry, particularly the construction industry which, in the UK, accounts for about 6% of GDP, can fail to improve its productivity without being challenged by competitors and new entrants to the market. We also know that the transformation will take many years, and that there will be failures and false dawns along the way. It is difficult to predict exactly how it will happen and what the new business model will look like, but we can identify some of the factors that are already driving this change.

Companies that use infrastructure to deliver their products and services are looking for ways to get more value from their investments. Modern infrastructure is essential to improve productivity and enable growth, but it must be delivered in an ever more complex and challenging modern environment. Capital is scarce, citizens are demanding better services and the impacts of new digital technologies on our infrastructure are still unclear. We need new ways to deliver infrastructure that are focused on achieving the right outcomes, and not just on completing projects on time and within budget.

In the UK, the government and regulators in the infrastructure sector are beginning to use outcomes to define what they expect the infrastructure companies to deliver from their investment programs. Some companies are responding by focusing their energies on the early stages of developing their programs.  Time spent defining the problem and shaping effective solutions in collaboration with key suppliers can dramatically improve the value obtained from each investment. There is also growing evidence that projects that are thoroughly prepared are more likely to be delivered on time and within budget.

Infrastructure and construction companies are profligate in their use of information. New projects usually start with a clean sheet of paper, procurement practices generate more information than is needed to build the project and when a project is completed, the information embedded in it is rarely carried over to the next one. This is not surprising when the companies that design and manage projects are usually paid for the time their staff work on the job, rather than for the value they add.

In his book, Why Information Grows [5], Cesar Hidalgo demonstrates how the information required to make a product becomes embodied in the product itself. As long as the product remains the same, it can be copied many times without recreating the information. Hidalgo goes on to explain that the complexity of products that can be created within a particular economy depends on the ability of companies to support large networks of diverse business partners. Low transaction costs enable companies to expand their networks of collaborators and thereby develop ever more sophisticated and innovative products.

Infrastructure companies are waking up to the likelihood that in the twenty-first century their most valuable asset is information. They are using digital technologies to connect with their customers, improve their operations and manage their assets more effectively. Companies are recruiting Chief Information Officers, talking about their information architecture rather than their systems and looking for ways of monetizing information that is valuable to other companies.

There are also signs that these developments are feeding through into the approaches that companies take in designing and building new infrastructure. Companies are beginning to realize that by standardizing the key components in their infrastructure, they can reduce the amount of asset information they hold and improve the way they use it to manage their assets. By establishing long-term relationships with the suppliers of these components, they can develop a more structured approach to improving the components over time. One day, they might even have a list of all the parts in a project before they start to build it.

From Transactions to Enterprises

Since the 1980s, discussions about delivering infrastructure projects have been dominated by the procurement and management of contracts. This transactional thinking stems from the idea that markets can solve most of our problems. If an owner can define the project they want and approach the market in the right way, they will be offered the best solutions at the lowest prices from companies that are prepared to take on much of the risk in delivering the project. Whilst this approach might work for simple projects on green field sites, the evidence suggests that for most infrastructure projects this method is unreliable.

Modern infrastructure projects tend to be large and complex ventures involving hundreds of companies, new technologies and complicated environmental and political issues. Many projects, particularly in the transport and energy sectors, are larger than the companies that contract to deliver them and require a range of skills within the owner’s organization and the delivery team that go well beyond traditional project management. In a recent report on new approaches to delivering infrastructure [3], the UK’s Infrastructure Client Group (ICG) argued that we cannot rely on transactions alone to deliver our projects and proposed that we manage the organizations that deliver these projects as shared enterprises.

Transactions can, at best, deliver what was promised in the contract. However, they struggle to achieve even that modest goal in practice. Enterprises, on the other hand, enable the participants to work together to improve performance by moving good practices and innovations forward from one project to the next.  The problem is that well-managed enterprises rarely arise naturally from traditional procurement practices. If we want effective teams delivering our new infrastructure, we must design them as shared enterprises from the outset and arrange our contracts to support that objective.

These three factors are already driving change at the leading edge of the UK’s infrastructure sector. None of us know where the change will lead nor how long it will take, but we can be certain that it will happen.  As the government begins to implement the citizens’ decision to leave the European Union, it is critical that we provide the modern infrastructure necessary to improve productivity, attract investment and support economic growth.

Simon Murray is a civil engineer specializing in infrastructure development. He has been a senior manager in the aviation and railway industries and the client for several large projects, including the Channel Tunnel Rail Link. He has a particular interest in modern methods of construction and in improving the industry’s performance. Simon is the director and a cofounder of acumen7.

Simon has been a director of an engineering consultancy, on the board of a FTSE-100 infrastructure company and chairman of a privately-owned construction company. This experience has given him a rare perspective and deep knowledge of how infrastructure is developed and how the construction industry works.

Since 2001, Simon has been an independent consultant specializing in infrastructure development and modern methods of construction. His clients include Transport for London, Anglian Water and Parsons Brinckerhoff. His work has been in developing viable strategies for companies in the infrastructure sector and in managing organizational change.

Simon developed his passion for improving construction whilst working for John Egan at BAA in the 1990s. Simon led the transformation of BAA’s construction program and the preparations for the construction of Terminal 5. He worked closely with John Egan on the UK Government’s task force on the construction industry and the drafting of Rethinking Construction.