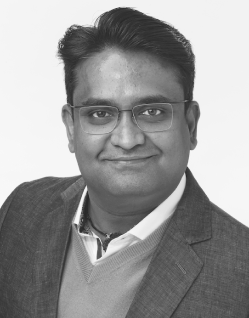 The Project Production Institute (PPI) is pleased to announce Shekar Natarajan has joined its Technical Committee.

Shekar Natarajan is the Chief Operating Officer of Cloudleaf. Cloudleaf is on CNBC’s top 100 start-up companies to watch in 2018. One of the foremost thought leaders in supply chain management, Shekar has held leadership roles with major corporations such as Walmart, Target, The Walt Disney Company, @Anheuser-Busch, PepsiCo and Coca Cola.

Shekar has not only led operations for these corporations but was instrumental in creating digital supply chain capabilities. He is credited with creating game changing capabilities like the Scalable Grocery Home shopping model, “Magic Band”, Coolift, DSD Innovation, Digital Supply Chains, industry’s first control tower. Shekar is responsible for bringing emerging sciences to companies and has led teams that have generated over 1800 filed patents. He also personally has filed 300 patents and 50 of those have been issued.

His efforts have not only won organizational praise, but his industry accomplishments have also been recognized by 14 international Awards.  The most prominent ones include the Non-Resident Indian of the year by Govt of India, the Medallion Award by IIE, Visionary by Consumer Goods Technology, Pioneering Executive by Asian American Business Development Group.

Shekar is the author of 3 books and his work has featured in the Wall Street Journal, CNN, Fox, CNBC, Supply Chain Quarterly and Harvard Business School. Shekar also sits on numerous for-profit and non-profit boards.

Shekar holds a Bachelor of Technology in Mechanical Engineering and a Master’s in Industrial and Systems Engineering from Georgia Institute of Technology. He also holds advanced certificates in Supply Chain from MIT and an Advanced Management Degree from Harvard Business School.

Project Production Institute researches and disseminates knowledge related to the application of operations science for the optimization of complex and critical energy, industrial and civil infrastructure projects.

4th Edition of the Journal of Project Production Management Released